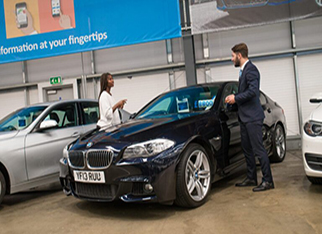 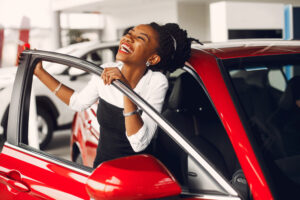 Most of us are aware that you can buy a used car from a private buyer for less than you’d pay for the same car from a dealership, but buying privately also has greater risks. One of those is the risk you might inadvertently find yourself on the wrong side of the law driving a car home you’ve just bought from a private individual. Any credible dealer will help you make sure you’re legal in terms of road tax, registration and insurance, but when you’re buying from a private seller you’re completely on your own.

What could you be doing wrong?

However, driving without insurance, road tax or both is a lot more of a problem, and the way we do things these days has actually made it easier to get these important things wrong.

When you buy or sell a car these days you do a change of ownership online in seconds, but thankfully, you still have a physical V5 registration document that has to be filled in that you have as proof you are the new owner. But if you leave it up to the seller to do the transfer of ownership online as you drive away without getting that green tear-off slip filled in and in your possession, you could be driving away without being strictly legal.

Until the DVLA receives the notification of a transfer of ownership, the only proof you have to hand that the car is yours if you are pulled by the police is that green slip from the V5. If you don’t have that and the previous owner hasn’t changed the ownership online or sent in the V5, as far as the DVLA is concerned they are still the owner/keeper. As I say, this isn’t a massive deal, but it’s a potential hassle you can do without so make sure the documentation is complete before you drive away.

It’s in the seller’s interest to inform the DVLA asap because until they do, they are still liable for any speeding tickets, parking tickets or other fines issued to the car.

I can’t tell you how many times I’ve known people buy a car and drive away without being insured. A lot of people think they can “sort it when we get home” and it won’t matter for now as they’re only driving a few miles. This even used to happen when people bought from me at dealerships as the dealer has no liability to make sure a buyer is insured when they drive away from the site. I always used to make sure they were, but there was no onus on me to do so whatsoever.

It’s a little off the subject, but I also want to mention test drives. I’m guilty of doing this myself, but I’m going to claim that I was young and I didn’t know any better. When you go to buy a car from a private seller you are not insured to test drive their car unless you have an insurance policy on your current car that allows you to drive other vehicles.

Even if you do have that sort of insurance you’ll probably only be covered third-party when driving someone else’s vehicle. If you crash while on a test drive you won’t be covered for any damage to the vehicle that you’re test driving. You have been warned! If you’re buying from a dealership, however, their insurance will cover you. 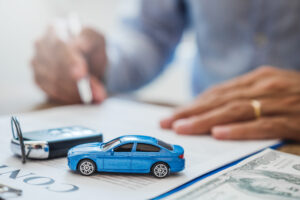 Taxing vehicles these days is a lot easier than it used to be, but in some ways, it’s nowhere near as convenient as it used to be. The tax disc we no longer have to display was a wonderful thing in the motor trade. When you were buying or selling a vehicle, as long as it had a current tax disc in the window you were good to go as far as road tax was concerned.

There was no need to worry about getting insurance and ownership documents to be able to tax a car because it was already taxed, but now the road fund licence is cancelled as soon as the ownership of the vehicle is transferred to a new owner.

Life is much easier in some ways because taxing a vehicle can be done online quickly and easily and you don’t have to produce a fistful of documents at the post office anymore, and the DVLA even knows whether or not the vehicle is registered and insured correctly. The problem is that when you want to drive away with the car you’ve just bought from the other person’s house you have to have taxed the car as well as insuring it.

Road tax was the one thing you didn’t have to worry about when buying a used car in the past as the DVLA and police didn’t care who owned the car or who was insured to drive it, at least as far as the road fund licence situation was concerned. As long as that little disc on the windscreen was current you didn’t have to think about taxing the vehicle again until it ran out.

It was also great for dealers before as a used car that came in part exchange could be driven and used for a while by anyone at the dealership who needed it if the tax disc was still current. Nowadays, to drive a used vehicle on the road without trade plates means you have to tax it, and that puts an extra owner on its history which can reduce its value and that’s not in the interest of any dealer.

Taxing a vehicle has never been easier, but even convenience has its downsides sometimes.