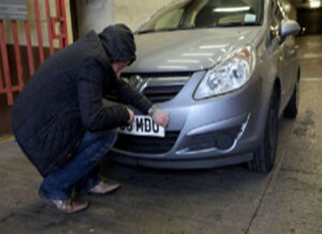 What is Number Plate Cloning and Should You be Worried? 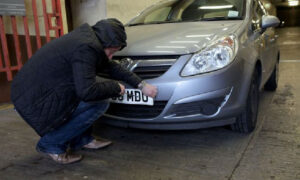 Number plate cloning is an increasingly prevalent problem in the UK at the moment, but what is it and is it something you should be worried about?

Number plate cloning is the illegal practice of displaying someone else’s registration number on a vehicle to hide its true identity. There are many different reasons why criminals want to hide the identity of a vehicle, and the repercussions for the registered owner of the number plate can be pretty serious until it’s proven the plate has been cloned.

One of the big advantages of investing in private number plates is they can’t be stolen, by which I mean the number itself cannot be lost if someone takes the physical registration plates from your car or motorcycle. The number is registered to you, so all you have to do is get a new set of plates made and there you go. What’s the problem?

Well, the problem comes when those number plates are put onto another vehicle to hide its true identity. Any offence committed by the driver and occupants of the vehicle wearing your registration plates will come back to you. And although it will usually be reasonably easy to prove your innocence, the inconvenience can be huge.

I must also point out here that you can have your actual registration number stolen, by the way. Since the issuing and transferring of registration numbers went online it has become infinitely easier to buy, sell and allocate registration numbers. Believe me; as a former car dealer, I can’t begin to explain what a burden has been lifted from the car sales business by the whole private plate thing being made so much easier.

Unfortunately, it is now possible for someone else to transfer your registration number to themselves if they have access to the details on your V5 registration document or your registration retention certificate. I’m not going to go into it in-depth here, but all I’ll say is never share images of your documents online when you’re selling your car, whether in adverts or in emails to potential buyers.

At the lower level, you could find yourself bombarded with fixed penalty fines incurred by the criminal driving the car with your plates on through red lights, in bus lanes, over the speed limit and parking illegally. If you have any experience of trying to contest a fine issued through an ANPR camera system you’ll know what a job you have on your hands, but can you just imagine having to refute the validity of 20 or more issued in just a day or two? 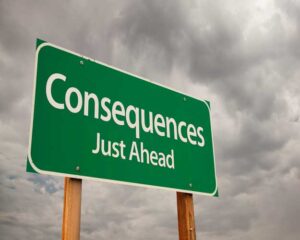 If some scrotes have stolen the registration plates from your new BMW X5 and they’ve fitted them onto a 12-year-old Citroen C5, you shouldn’t have too much bother convincing those issuing fixed penalty notices that it wasn’t you. However, if you have a black Ford Focus and the thief uses them on another black Ford Focus, proving it wasn’t you could be considerably harder.

The good news is that more serious crimes will involve the police and it should be easier to show them that you are not the culprit in those circumstances. Let’s say your number plates are used on a car involved in a robbery or a serious accident. The chances are the police will come to you first due to your registration number being used, but it should be easy to explain your movements to the police and prove you were not where the crime was committed. In those circumstances, it shouldn’t make much difference whether the plates are being used on a vehicle the same as yours or on one that’s completely different.

Stealing physical registration plates and using them on another vehicle to hide its true identity is a form of cloning, but your registration plates can also be cloned without anyone ever going near your vehicle. Cloning your registration number without stealing your physical plates is a more sophisticated operation, and the chances are the perpetrator will have in mind than getting away with a few fixed penalty notices.

As well as to hide their identity when committing offences, criminals also clone number plates to aid vehicle fraud. It might be they’ve stolen a vehicle and they want to be able to sell it on, so they look for another similar vehicle and get a set of plates made with that vehicle’s registration number. They will often get forged documents made too, so this is a serious and sometimes very sophisticated crime.

Cloned number plates can also be used to sell a vehicle that’s been involved in an accident or even where parts of two wrecked vehicles are put together in a “cut and shut.” A criminal can buy a vehicle that’s been written-off and repaired for a small amount of money because the accident history will show up in a vehicle history check. An accident-repaired vehicle is worth considerably less due to its history, but if it can be passed off with a clean history it could be worth many thousands of pounds more. This is where cloned registration numbers come in.

Let’s say a crook buys a silver 2018 Nissan Qashqai that’s a Category C, which means the cost of repair after an accident was deemed to be more than the car’s value by the insurer. If the crook goes online and finds another 2018 silver Qashqai for sale and the registration number is clearly visible, they can get a set of plates made up the same and pass their Cat C model off as one with a clean history and sell it for much more money.

Should you be worried about cloning?

As we’ve learned over the last year or so, life carries many risks and we cannot live a normal life if we spend all our time worrying about them all. There is a risk of your number plates being cloned, but rather than spend time worrying about it you should just be aware and minimize the risk as much as you can.

Therefore, if you’re going to post images of your car or motorbike on social media or in an advert when trying to sell it, just take the precaution of blurring or blanking out your registration number. This won’t stop someone nicking your physical number plates, of course, but if your plates are stolen make sure you inform the police immediately so they know if your number shows up somewhere else it isn’t you.