Private Plates and Your Motor Insurance


Most of us don’t think about our motor insurance much until we need to make a claim or when the time comes to renew it and your insurer wants twice as much this year as they did last year even though you haven’t made a claim. You’ve probably thought even less about any motor insurance implications associated with having a private number plate, but there are some things to consider. 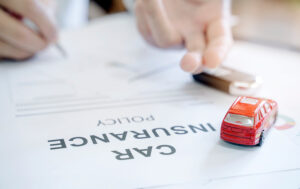 Just because someone has the physical plates doesn’t mean they actually have your number. All you’d have to do in these circumstances is get another set of plates made and fit them to your vehicle. You also ought to inform the police of the theft in case the thief puts them on another car to avoid that vehicle being traced back to them. That way you can avoid being involved in any disputes about you being involved in any wrongdoing.

Should you inform your insurer if you have a private plate?

If a vehicle has a private plate assigned to it when the current insurance policy was taken out then your insurer will obviously already know about it. On the other hand, if you go out and buy and assign a private registration number to your vehicle after you’ve taken out a policy under a different registration number you absolutely must inform your insurer right away. Let’s face it, every insurance company and loss adjuster loves a loophole, and if you make a claim and your vehicle has a different registration number from the one on your policy you’re going to be in a fight to get paid out.

Does a private plate affect your insurance premium?

In general, having a private plate on a vehicle isn’t going to affect your insurance premium one way or the other. Many different things are taken into consideration by insurance companies when coming up with your premium, but what your registration number is or what you paid for it are unlikely to be among them.

Arguments could be made for a private plate actually being a good reason for a reduced premium, but counter-arguments can also be made for increasing premiums too if a vehicle has a private reg number. A private plate could make a vehicle stand out more and therefore make it easier to track down if stolen, but it could also be suggested that a private number plate can attract unwanted attention from thieves and vandals.

You can believe what you want, but private plates don’t make a great deal of difference to insurance premiums one way or another. On the other hand, private plates tend to be fitted to more valuable and more exotic cars which are more likely to get stolen or damaged for what they are, rather than what the number plate says, but some people might want to blame the registration plate.

Should you insure your private plate?

A private registration number cannot be stolen by someone by simply running off with your physical front and rear number plates, so could there be any reason whatsoever to try and insure a registration number separate from a car? Actually, in some circumstances, there could be, especially if you have a super-valuable one such as F1, A1, TAX 1 or AMS 1. 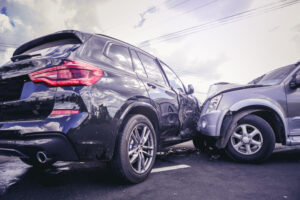 Some policies have provisions for private plates to be retained by the owner on these occasions, perhaps for a small fee, and the number will have to be put on retention or transferred to another vehicle and the costs paid by the insured. Don’t forget that registration numbers go with the vehicle they have been assigned to and don’t stay with the owner. If the car is written-off and eventually scrapped, the registration number could go with it unless the insurer gets in touch with the DVLA in advance to inform them you want to keep it, and your insurer will also be required to write a letter of non-interest and send it in to the DVLA.

In the event of a car being stolen and unrecovered, the owner will probably find themself having to wait a full year before they can reclaim their private registration number, and a valid MOT and road fund licence (road tax) will have to be provided at the time of the theft. If you drag your feet or leave things too late down the road of the scrapping process to inform the DVLA, your private number will be lost.

You won’t be able to insurance against ignorance or even stupidity most of the time, but there is a way you could potentially lose your private registration number that could be difficult to insure against. When you are in the process of buying, selling, allocating or transferring a registration number online, you could find yourself losing your private plate inadvertently.

Including an image of your V5C registration document in an advert when selling your vehicle or sending one to a prospective buyer in an email is a bad idea because it’s perfectly possible for someone to use those details to transfer the number from your vehicle to theirs, or even to put it on retention in their own name instead of yours.

Those circumstances obviously describe a real crime and you would probably be able to prove you didn’t do the transfer yourself, but the whole process could be long, drawn out, and potentially expensive to correct. And if you were irresponsible enough you sell your car without transferring the number or putting it on retention before all payments have been received and the necessary documentation completed, the person you are selling to could refuse to do what’s required to let you keep your number after the fact. 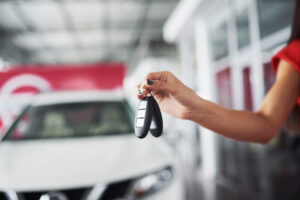 You might be able to find a company to insure you against that kind of ineptitude or carelessness, but the easier and cheaper option would surely be to just make sure you do everything right in the first place and never publish online or send images of your V5C to someone you don’t know?