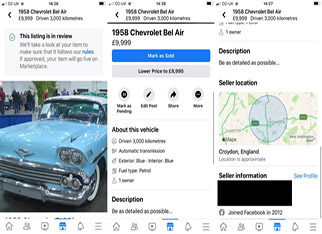 Is it Illegal to Show a Plate Number on Facebook? 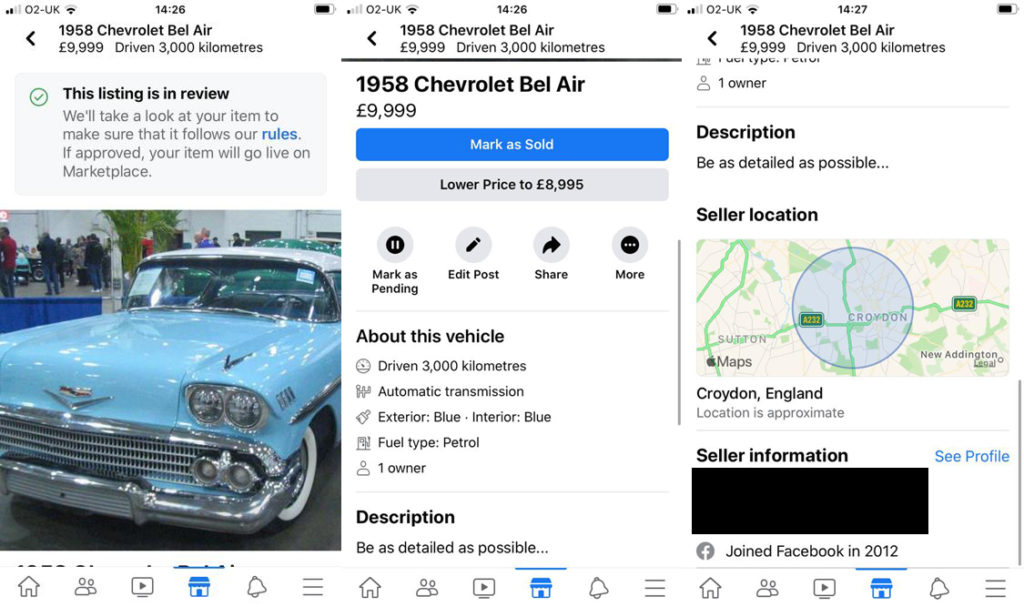 When you’re browsing social media websites such as Facebook, or even legitimate news websites like the BBC, Mail Online and others, have you noticed that registration numbers are usually blurred so you can’t read them? I assume you probably have if you’ve bothered to think about it, but have you ever wondered why they do it? Obviously, it’s to obscure the number that identifies that vehicle and its owner, but is it actually illegal to show a plate number on Facebook or anywhere else online?

Do you have to obscure registration numbers to publish photos online?

No law in the UK states you have to obscure registration numbers when you publish images of vehicles online. Whether an individual or organisation blurs or blanks out a registration plate is their decision, but it is considered best practice by many, especially when it comes to major news outlets and publishers.

Obscuring registration numbers in images is obviously done so people can’t identify a particular vehicle, but why is it a problem if people see the reg number of a vehicle a celebrity, politician, sportsman or anyone else is seen in?

When we look into why publishers often obscure registration numbers in images or on video there appear to be some good reasons for doing it, but if you investigate them a little deeper, the case for the practice starts to look a little shaky.

Seeing the registration number of someone’s vehicle online could allow people to look up the details of that vehicle online, and that could then also reveal the address the vehicle is registered to. That could be the home address of the person seen in or with that vehicle, and then there’s the potential for people to harass, intimidate, threaten, harm or even just annoy the person in question.

One example I saw recently was the Labour Party leader, Sir Keir Starmer, who was being questioned by journalists outside his London home before he got into a car to be driven away. It was on the BBC news and as he drove away you would have been able to see the registration number if it hadn’t been blurred out.

Now, your first reaction might be that it was completely understandable as any politician can be divisive, and they will inevitably have their detractors, haters and enemies as well as their supporters. The same could probably be said of anyone well-known in the public eye.

An even better case for obscuring registration numbers is when the image or video of the person in the vehicle has perhaps been accused of something such as a crime or other misdemeanour. It wouldn’t be acceptable for their home address or that of a friend or family member to be potentially identified through a registration number, would it?

I suppose it could also be possible for someone’s movements to be tracked if the vehicle they use could be identified through its registration number, but how real are these potential threats and are we being too careful or too sensitive about all this?

We must also be aware of the possibility that a number plate can be cloned if it’s clearly identifiable in an image or on video, while criminals might also be able to find out where a car is from the registration number if they want to go and steal it.

What can you find out from a registration number?

It’s possible to find out quite a bit from a registration number, but that’s actually the whole point of them. The first thing a registration plate can potentially reveal is the rough-age of the vehicle and where it was first registered, and anyone can tell that just by looking at it. Of course, if the vehicle has a private plate you probably won’t be able to tell that from the registration number unless you have access to some online databases, and that’s a very important thing to keep in mind here.

All those issues with potentially being able to find out someone’s address through their registration number only apply if someone has access to one or more of those databases that hold that kind of information.

Interesting read: What does your car registration actually reveal?

You might be a little surprised at just how many organisations have access to the data the DVLA holds that can be accessed via your registration number, and you might not even realise how much and what data is actually available to those organisations. The DVLA has two main databases, which are the driver register and the vehicle register.

It’s obvious that the police have pretty much unfettered access to DVLA records, but when you start to think about it there are plenty of others who can find out who people are and where they live through their vehicle registration number.

When you commit any sort of infringement of parking or driving restrictions you get a fine in the post even if you didn’t know about it at the time and nobody approached you about it. You may have put a wheel over the line into a bus lane, parked too long in a loading bay, or gone too fast somewhere and the powers-that-be identify you through your registration number appearing on camera.

As far as you being an individual posting your own images on Facebook or another social media outlet, there’s no explicit legal need to obscure number plates in images or on video. However, there can be potential legal issues with civil proceedings if you publish any identifiable image of someone without their permission.

If the photo could be seen as defamatory in some way then you would potentially leave yourself open to civil proceedings. If you post a photograph of someone and it leads to some sort of harm because they’ve been identified by their registration number, it’s possible they could sue you. It’s unlikely, but at least I’ve made you aware. You don’t have to cover up registration plates when posting images or videos online, but maybe it’s better to be safe than sorry?