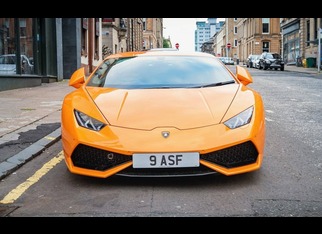 Could Your Registration Plate Get You in Trouble?


Adding a private registration to your car or even just getting a different number plate made with your existing number are great ways of adding a little individualism to your vehicle, but there are limits to what you can do with UK registration plates before you run the risk of getting in trouble with the law. Getting a personalised registration number is perhaps the most obvious way of adding that little extra something, but there are all sorts of other ways people try to jazz up their number plates that can have less-than-desirable consequences.

Changing your tired, boring and dating registration number is a great way of making your vehicle stand out from all the other ones on the road that are the same make, model and perhaps even colour, but you need to play this one strictly by the book and there are a few things you really shouldn’t do if you want to stay on the right side of the law.

For a start, you need to make sure you actually purchase an available number and only put it on your vehicle once the allocation process has been completed. What you certainly cannot do is just choose your own number. You must buy a genuine registration number and you must go through the approved process for getting it assigned to you and allocating it to your vehicle.

Even if you have legitimately purchased a registration number and you have had a set of plates made by an approved supplier in a completely legal style, if you put them on your car before the number has been allocated to the car through the DVLA you will be in trouble if the police run a check on your vehicle.

However, there are plenty of other ways you can fall foul of the law with your number plate even if you are displaying the correct number allocated to that vehicle.

Although we probably don’t see this as much as we used to, it used to be quite common to see registration plates where the owner has been ‘creative’ with the way the characters were spaced. You might not think altering something as small as a space on a number plate would be a big deal, but the way it is used is to make a set of characters read in a completely different way from how they were intended.

For example, if you put a one and a three next to each other where there used to be a full space between two sets of characters it would then look like B instead of 1 3. If your registration number was A13 BEY, getting rid of the space and placing the one and three right up against each other would make the plate read ABBEY instead. As the whole point of number plates is to identify the vehicle, it’s easy to understand why examples like this would attract the attention of the authorities.

Creative use of screws

Screws are also used sometimes to achieve similar results to changing the spaces. If someone wanted to make an O or a zero look like a B or an 8 they could put a large black screw in the centre of the O or zero. This is obviously illegal, and if you fancy the idea of just jazzing up your plate with pink, red, green or other coloured screws and screw covers you can forget that idea as well.

Another way of making a number plate look different was to be creative with the actual font of the characters. Some people just chose a completely different font while others would go for different sizes of character, but these days you won’t get away with either. I can’t say I’ve ever seen anyone try different coloured characters on a UK registration plate, but as I’m sure you can imagine, that’s another customisation option that’s definitely off the table.

It’s not particularly common for car owners to play around with different sizes and shapes of registration plates but it’s still very common for owners of motorcycles to try this one. The designated size of square plate for the rear of a motorbike on UK roads isn’t to the liking of a lot of bikers, and bikers love to alter just about anything they can on a bike most of the time. Lots of bikers want a smaller plate because they think it looks better, and some even go a step further with a small rectangular plate instead of a square. The police used to be relatively relaxed about this one, but not anymore.

You can have one of the flags of the GB countries on your number plate, so if you want a Welsh, Scottish, English or UK flag on your plate then that’s perfectly okay as long as it follows the rules on placement, size and design. There are several options to choose from for each flag and you can even have a border around the registration number as well if you like.

There used to be some latitude when it came to logos and slogans in relatively small letters above or below the registration number, but this is now limited to the name, trademark or other means of identification of the manufacturer (the company that made the plate), or the name and postcode of the supplying outlet. If you want the name of your favourite music artist or football team on your plate instead then I’m afraid you’re out of luck.

You can have anything you want on a show plate as they are not intended for use on UK roads. It’s entirely up to you what font, colour, size and logos you use and you can even choose any characters you want as you don’t have to own that actual number. However, although you can buy a show plate with U MORON on it and have it conform to DVLA standards, it’s hard to overstate how apt that plate would be if you tried to drive around with it on your car as its registration plate.