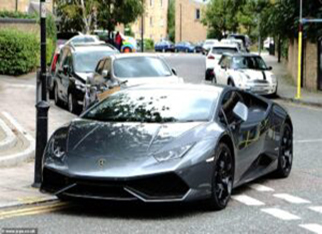 Why Don’t Some Lamborghinis Have a Front Number Plate? 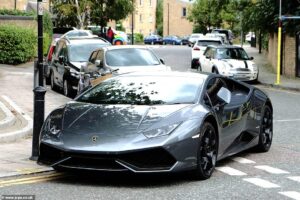 If you’re like me and you often find your head turning in the city when you see an exotic supercar parked up or driving past you, it might have caught your attention that some Lamborghinis and other supercars don’t have a front number plate. If you have noticed a lack of front plates on some cars you probably wonder why they don’t have them and if it’s legal to go without a front registration plate.

The reason some Lamborghinis and other supercars don’t have front number plates is because their owners think they look better without them, which they do. However, while it’s not always required to have a number plate on the front of your car in America, a front number plate is a legal requirement here in the UK and what these supercar owners are doing is illegal.

It’s blindingly obvious to most of us that most tends and fashions that start across the Atlantic in the United States eventually find their way over here at some point. Many of them a little crass, tacky and tasteless like Halloween and school proms, but others are a lot more serious and not necessarily a good thing.

Like most laws and rules in America, whether you need to display a number plate on the front and the rear of your vehicle depends on which state you’re in. For example, if you register a vehicle in Alaska, New York, North Dakota or Texas you have to display both front and rear number plates on vehicles on public roads. However, if you are in Florida, Kansas, Arizona or Michigan you only have to display a rear licence plate.

I’ve spent a lot of time driving in America and I can’t say I’m a fan of vehicles only having a plate on the back, especially as some cars have both plates while others only have a rear plate. It’s confusing, to say the least, and apart from the aesthetics, I can’t really see a justification for not mandating a front number plate.

As there’s no real justification for going without a front registration plate other than a front plate spoiling the way a vehicle looks, here in the UK it’s the law that you have to display both front and rear plates. After all, the whole point of a registration plate is so vehicles can be identified with their owner so it’s important the number can be seen from the front or the rear. 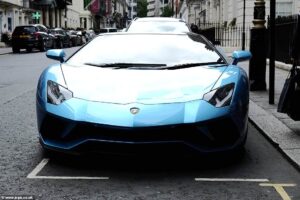 Of course, how much difference a front number plate makes to the look of a vehicle depends on the vehicle, doesn’t it? Let’s face it, leaving a front number plate off a 2009 Nissan Micra isn’t going to radically enhance its aesthetic. On the other hand, the stunning, clean, sleek lines of a Lamborghini Aventador or a Ferrari 458 are definitely spoiled by the addition of a 20.5 x 4.4-inch white plastic number plate with black letters on it.

Unfortunately, the law in the UK doesn’t differentiate between a Lamborghini and a run-of-the-mill, mass-market family car, so every car on UK roads is required to have both front and rear registration plates. There is a difference, however, between what the owner of a supercar can afford and what the rest of us can, so some supercar owners will simply choose to ignore the law and put up with any consequences.

It’s pretty much the same thing when it comes to parking. While most of us shudder at the cost of parking fines these days, why would a member of an Arab royal family worth billions of dollars care about getting a £60 fine as the price of parking where they want to? Therefore, why would they be concerned about a fine for not displaying a front number plate when it would spoil the look of their quarter-million-pound car?

If you were going to be generous, you might try to make a case for a front number plate stuck on the front of an Aventador with its incredibly low nose making it almost impossible to avoid scraping the road or kerb. Realistically though, if someone with that much money was worried about such things then surely they could drive their Lamborghini Urus SUV instead?

What about stick-on front plates? 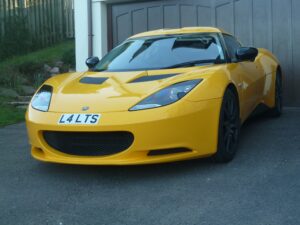 You may be able to remember when some cars had their registration plates stuck on, or even painted on the bonnet, with the Jaguar E Type being one car where this was particularly prevalent. Surely this would be an answer to those who don’t want a physical plastic plate stuck on the low-slung nose of their Lamborghini?

Unfortunately, while number plate stickers used to be allowed and you will still see them on cars at shows sometimes, they’re no longer legal under DVLA rules. The rules now state that number plates have to be made of a material that offers “resistance to bending” and that they must be resistant to impact. Stick-on number plates are therefore not as durable as plastic plates that conform to modern DVLA standards and they could rip if involved in an accident.

So there you have it. If you’ve just seen a Lamborghini or some other exotic car on a UK road without a front number plate and you fancy removing the front plate from your Ford Fiesta, don’t do it. At least, don’t do it unless you are prepared to shell out somewhere between £100 and £1000 every time the Old Bill notice and decide to feel your collar. Anyway, going without a front registration plate isn’t going to improve the look of your car and it certainly won’t improve the aerodynamic performance in any way, so there isn’t really any point that I can see.