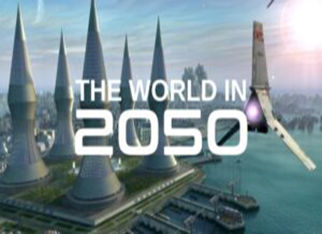 What Should Happen to UK Car Registrations in 2050? 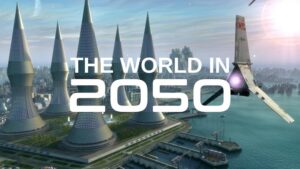 You may or may not know that the current system of UK vehicle registration numbers will run out of numbers by 2050, but it will, so what will come in to replace it? There are some very simple solutions as well as some not-so-simple solutions, but what should happen and could we come up with a system that everyone understands for a change?

The year 2050 may seem like a pretty long way off right now, but I remember being in junior school and being asked to imagine what life would be like in the year 2000. At the time I was just 8 years old, and by the time the year 2000 arrived, I’d be an unimaginable and positively decrepit 31 years old! Even so, most of us love to imagine and speculate about what life will be like in the future, even down to some of the very mundane aspects of our daily lives.

Our current vehicle registration system will run out of combinations in 2050. This current system started in September 2001 with the 51 plate and every March the plate changes to the current year. However, two decades on and the September plates have now reached the 70s, and by the time we get to September 2049, the numbering system will have reached 99.

The other problem is the March numbers that follow the current year. Because the September numbers started with 51 there’s no way we could follow that convention in 2051 because then there would be confusion between plates issued in September 2001 and March 2051.

A new system has to be decided upon and implemented then, but what could or should it be?

I’m really not sure if people are quite as bothered about the date designation on number plates as they once used to be; partly because in my experience a lot of people don’t even understand it anymore.

When the date of registration was indicated by a letter prefix or suffix in years gone by, most people understood it, and having the current letter was a pretty big deal. Of course, this led to a massive concentration of new vehicle sales around the date each year when the number changed, which those of us over a certain age will fondly (or not) remember as being August 1st.

For an easy way of sorting out the registration number system, all we have to do is look back to 1963 when the date started being represented by a letter. In 1964, number plates for that year had an “A” suffix at the end, which a year later changed to “B” and so on. By 1983 we reached the end of the alphabet with the letter “Y” so a new system was required. All we did was start again with “A”, but this time it became a prefix at the start of the registration number instead.

The obvious and easy option for 2050 could be a fudge along similar lines, but that’s not as simple as it was before due to the use of numbers rather than a letter to represent the year of registration. Even if we swapped the position of the date number in the registration sequence, there would still be confusion between a 2051 registration plate with “51” on it and a 2001 plate with “51” in it.

Now, I know some of you will be thinking I’m talking rubbish because there’s a 1963 and a 1983/84 “A” registration plate; they’re just at opposite ends of the registration plate. However, the big difference is there was only one plate change each year back then, but now we have two and only one of them uses the actual year number.

I’d like to think that we could be a little more imaginative by the time the middle of the century gets here and let’s be honest, technology will have moved on from where we are now. For me, the most obvious answer would be to go to a system more like those they have in the US where the numbering system doesn’t show the year of registration of the vehicle.

American license plates do have a validation sticker that is dated, but this only shows the vehicle’s registration is valid and it doesn’t show how old the vehicle is. Different states do have different numbering systems, but generally, this is to reflect the size of the state and how many vehicles are likely to need registration numbers.

For example, a small state such as Rhode Island could use a 123456 format while a more populous state such as California uses a 1ABC234 seven-character format instead.

When the UK went to a twice-yearly system instead of an annual number plate change it was claimed it was to spread out new car sales so there wasn’t a ridiculously massive peak in August each year. All the new system did was create two peaks instead of one, but it also created two extremely quiet periods for new car sales leading up to the new registration change instead of just the one.

Will we even have registration plates in 2050?

If I’m going to be completely honest here, which I always try to be, I don’t think for a moment that vehicles will even have registration plates by the time we get to 2050. To support my theory, I suggest we look at the marine world where boats now use the automatic identification system (AIS).

Anyone can now go online and look at a digital map and see in real-time where boats and ships are located and the direction they’re travelling. Okay, I know they still have their ID number physically on their hulls as well, but how long will it be before they don’t have to?

Cars like the Mercedes-Benz A-Class already offer an augmented reality navigation system that puts directions and road signs onto the live image of the road ahead in the digital dashboard. How difficult would it be for vehicles in the future to have an AIS system like boats that sends out the registration number or even the vehicle’s VIN number? That could then be picked up by other vehicles and displayed on screens and even stored digitally, so every vehicle on the road could be identified by everyone.

I suppose the argument could be made that pedestrians wouldn’t be able to identify a vehicle that hits someone and drives off if it didn’t have a physical registration number, but maybe by then our mobile phones will constantly monitor our surroundings and the vehicle ID numbers around us will routinely be picked up and recorded.

It’s not a world I’m eager to embrace, by the way, but the way things are already I can definitely see it coming.